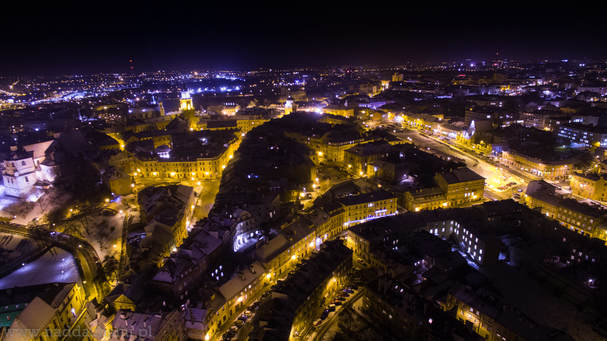 Coming back to home country.
In October 2013 I came back to my hometown, and faced difficult times telling my parents that I started to play poker and I really enjoy doing it. They are very conservative and they wanted me to focus on my masters degree but I decided to take some time off and focus only on poker. I rented my own place, I was young, stupid, full of hopes and dreams and way underrolled for this move. My game was not getting any better in 2014 as my mindset was really bad. Focusing purely on the money and not development and also having my parents talk shit about poker all the time was not an optimal way to go. I was playing $5 sngs at the time, grinding really hard to make a enough to pay rent and bills. At this time I was also in toxic realtionship that surely hurt my motivation and I was not able to believe in myself to the level I do now. I felt that it wasn't a good path to take and decided to go back to Uni.

Masters degree.
The pressure from my parents, girlfriend and myself was very high (at least I felt it was), so I enrolled to business school for masters programme. There was a huge difference in schooling system, compared to the UK. I didn't really feel like I am learning, I felt more like a slave that needs to memorize a ton of chapters to pass the exams. That was it. It was definietely not my world, so I decided to quit. 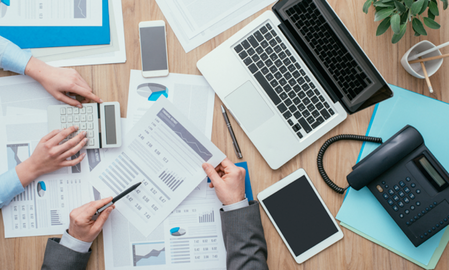 Business.
There was one specific benefit about taking business class - I developed a mindset that I can start my own business and be successfull at it. This and some other factors pushed me towards eventually starting my own online business in sales.  Im not gonna talk much about it, other then it was OK at the beginning and could be fine in the longrun, if I put more time and energy into it. I also found out that opening a company and putting ideas to work was more exciting then running it. I definietely lacked discipline and fundamental knowledge. Running my own business was very fascinating at the very start, but poker was taking over again. I wanted to get better, I wanted to grind more. I wanted be better player and I wanted it more then anything. Around this time I got away from my toxic long distance relationship (I envy people who can make this work) and was motivated more then ever to acomplish something in this game.

Little turning point.
This is around 2016, I am 26 years old single man living with my parents. I have no masters degree, no work experience, and I have just closed my company as it wasn't profitable anymore. I play card game on the Internet, withdrawing almost every $ I make, playing $2 ABI and feeling like a massive looser. Luckily, I have developed a passion for this game and I am grinding hard, studying, talk poker with friends etc. I am getting better. I work on my mindset, spending habbits etc. In August 2016 my friend called me and said that he came 3rd in the Sunday Million last night and he wants to 'freeze' a part of his bankroll. So, he shipped me some money (shoutout!) and I immediately started to grind higher. We both knew I am profitable in those fields, so he had no problem with that. I am not sure if I would still be playing if it wasn't for him. 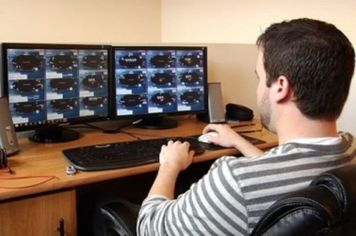 Law enforcement is the worst.
It is summer/autumn 2016 and the government is introduing potential changes in gaming laws in my home country. Noone knows exactly what it means. Everyone speculates. Some people think that we will be fine, some think that poker will soon be illegal/banned. At first, I didn't know what to think about it. I was grinding sngs with $10 ABI and didn't really care about goverment at this point. Things got a little more clear in the winter 2016/2017 when we knew that they are going to introduce new gambling laws in between April 2017 and June 2017. According to the goverment both poker and sports betting will be illegal, unless played on country-owned sites etc. There were some unclear notes on this, so some people thought it is unlikely that poker will get banned, some already booked one way tickets to Malta, UK, Thailand.

Grind out of here. Bigger turning point.
I was shocked, scared, confused and pissed off. I knew that it was somewhat likely that we only have 6 months left to grind. I personally though that it was close to a coinflip whether or not they will ban poker. This unsure situation turned into the best possible 'push towards ginding my ass off, that I would ever imagine. I was on fire, tilted by the government and ready to play all day everyday. I was grinding. Limited social life, limited time-wasting. Poker was my only activity. I started to climb sng stakes rather quickly (was top 3 in mtt sngs leaderboards for quite some time), started to fire some mtts. First 3 months was very good. I won big 11, big 55, final tabled couple other mtts and was printing in mtt sngs. I built up $20k bankroll and booked my ticket to Malta, as 2 of my friends was already there. I have never been to Malta, but whatever, I knew that I need to move out quickly. 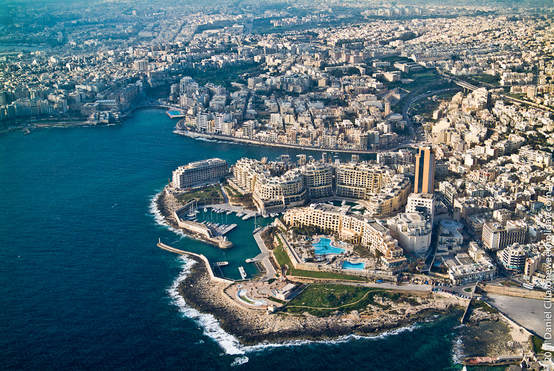 Malta. April 2017.
I landed on 03.04.2017 in a place I have never been before. My mate was suppose to pick me up from the airport, but was too drunk to bother. I took a cab to their place in the middle of a night with 3 suitcases and little to no clue where the fuck I was. The tension was gone as soon as I arrived and we started drinking etc. That was fun night, meeting theirs friends and socialising from the very first night. They were living in 3 bedroom apartment with one other dude that was going home for Easter holiday, so I had a room for myself to stay in for a week or two. I immediately started looking for my own place and found a nice apartment in the middle of this lovely island. I moved on my own on 14th April.


Malta, settling in.
I quickly settled in my new flat and got used to the climate and Maltese way of thinking. I am very adaptable personality and feel well in almost every setting. For the first couple of weeks I was exploring Malta, going out, hanging out with friends and a girl I met there. Poker was not on the top of my to do list. Over the summer I also had 2 couples visitting me for a week each and I myself went back for a bachelor party and a wedding. When you count all of that time, it's a month without grinding. It had a huge life EV for me of course, but I felt too confident that I can grind it all back by putting more hours in then I used to. I couldn't 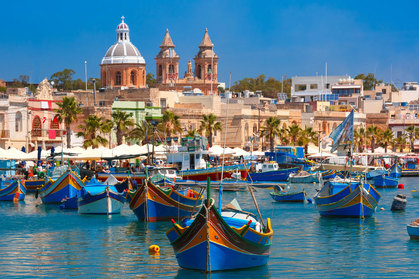 Malta, grey days.
I wasn't playing much. I was having fun, chilling and enjoying life. That was obviously a huge mistake and punt of my EV. Playing only 20hours on average per week, downswinging/breaking even in sngs and playing too many scoops and mtts cripled my bankroll significantly. I started to feel financial pressure even though I had money saved for 6months living there. I started to play lower stakes with hopes to grind it back, but time was running out and $EV wasn't so promising.
I decided to grind 50 hours per week or sometimes more, but couldn't stand the pressure and decided to move back home, in December, just before Christmas. 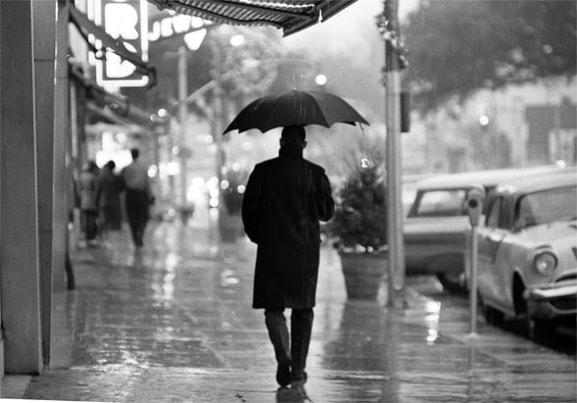 Moving up again.
I came back to live with my parents again, and felt awful. I knew I had skills to grind higher but my bankroll was an issue. I had $1k roll and some money saved up. Decided to go all in again and played a lot. After couple of weeks I realised that my parents aren't happy with what I am doing, they don't believe in me at all. It's hard to play your best game with this kind of mental pressure. I decided to move out into my friend's couch and grind with him for 2 weeks. After 2 solid weeks of grinding I rented a room with my other buddy (non poker friend). I was playing a lot, and only thing I could think of was moving out to my own place again. I saved 6 months worth of rent and moved out in July.

New place, new mindset.
I only live here for a week, when I write this post but I know that this place will give me motivation and change in my midset. I had a very eye opening conversation with my friend about treating poker as a normal job. Working hard and developing. Progressing is my biggest motivation right now. Who knows what future will bring.

Becoming a coach in Pokercode
https://www.pokercode.com/blog/meet-mammoththegr8-pokercodes-newest-coach
​
I was in Pokercode as a member for over a year when I got approached by admin team and Fedor himself about possible future collaboration. They said that they like my inputs on live sessions and enjoyed watching the ones I was a guest on as well. It felt great to be seen as a valuable coach and potential addition to the team. After couple months of waiting for the follow-up to that conversation, Fedor asked me to do 2 trial sessions in May and if everything goes right, we will negotiate me becoming the community coach in the team.

Both sessions got very good feedback from community and we started working together in June 2022. It's a big honour for me to be able to cooparate with the best in the business and help Pokercode achieve greatness in poker coaching industry. Currently I am doing 2 sessions per month and my main focus is PKO tournament strategy as well as 3-way multiway situations.